The Collio is a land with a deep-rooted vocation for viticulture. The two prestigious companies Marco Felluga and Russiz Superiore tell the story of a family that, for six generations, has been passing on and cultivating its passion for wine. The family’s history can be traced back to more than 150 years ago, in the second half of 1800, in Istria, Croatia.

This path was significantly taken forward by Marco Felluga, a pioneer of modern viticulture. It was then continued with love and entrepreneurship by Roberto and Ilaria Felluga, supporters of sustainable and high-quality winemaking. 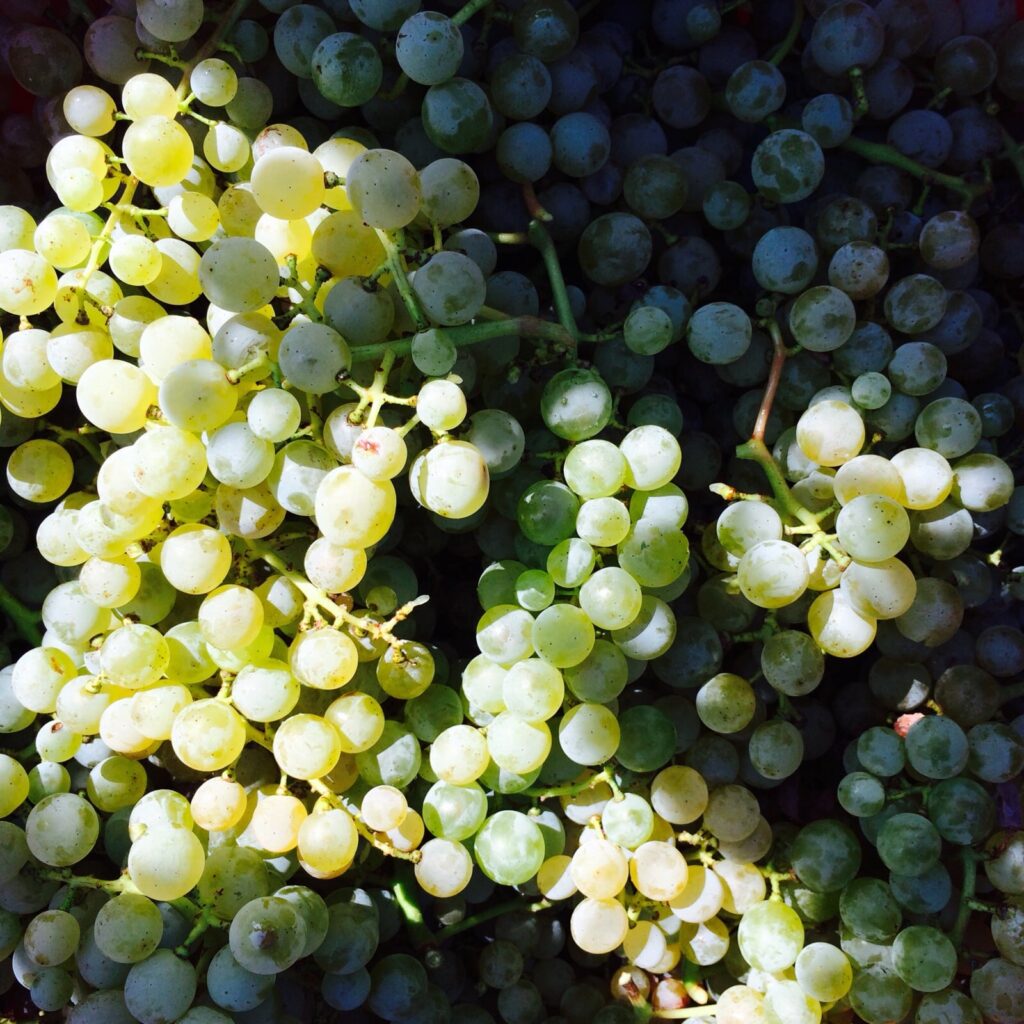 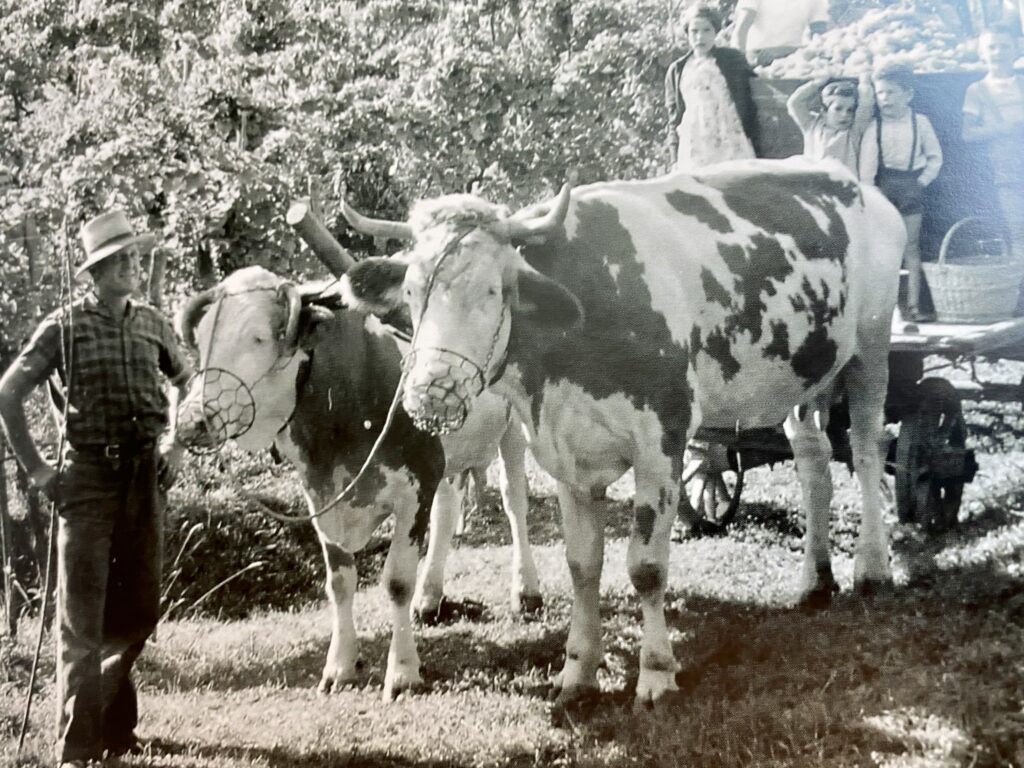 The relationship between the Felluga family and the winemaking world is rooted in Isola, Istria. Here, Michele Felluga, first-generation, started producing Malvasia and Refosco, immediately proving how wine has always been part of the family’s DNA.

It was Marco, second-generation, who expanded the business across the Gulf of Trieste, reaching the island of Grado first, and then Friuli Venezia Giulia. 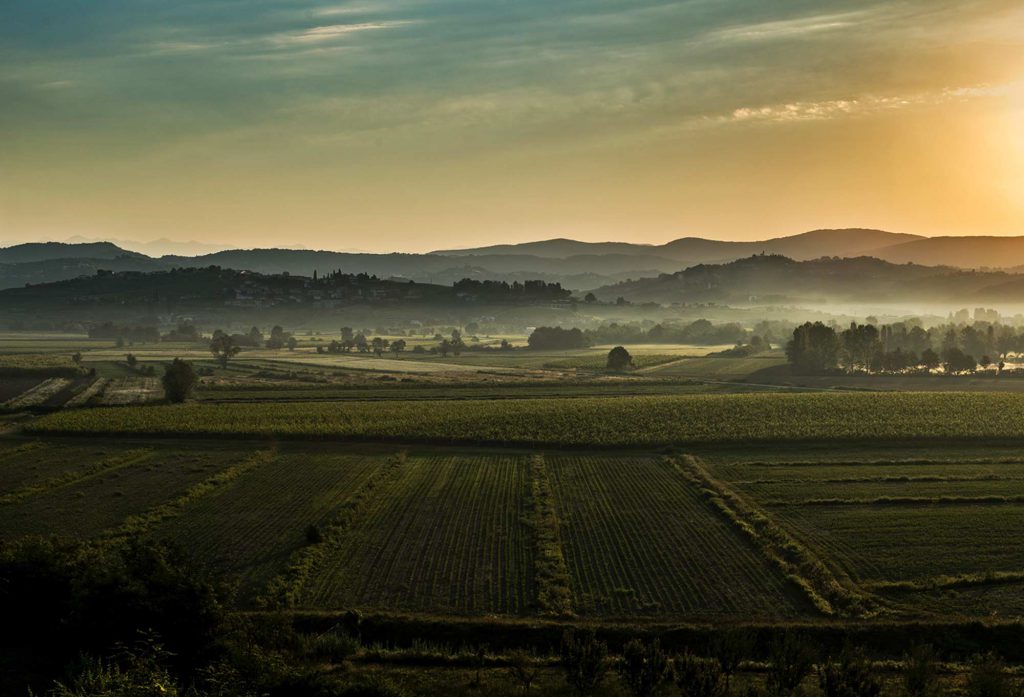 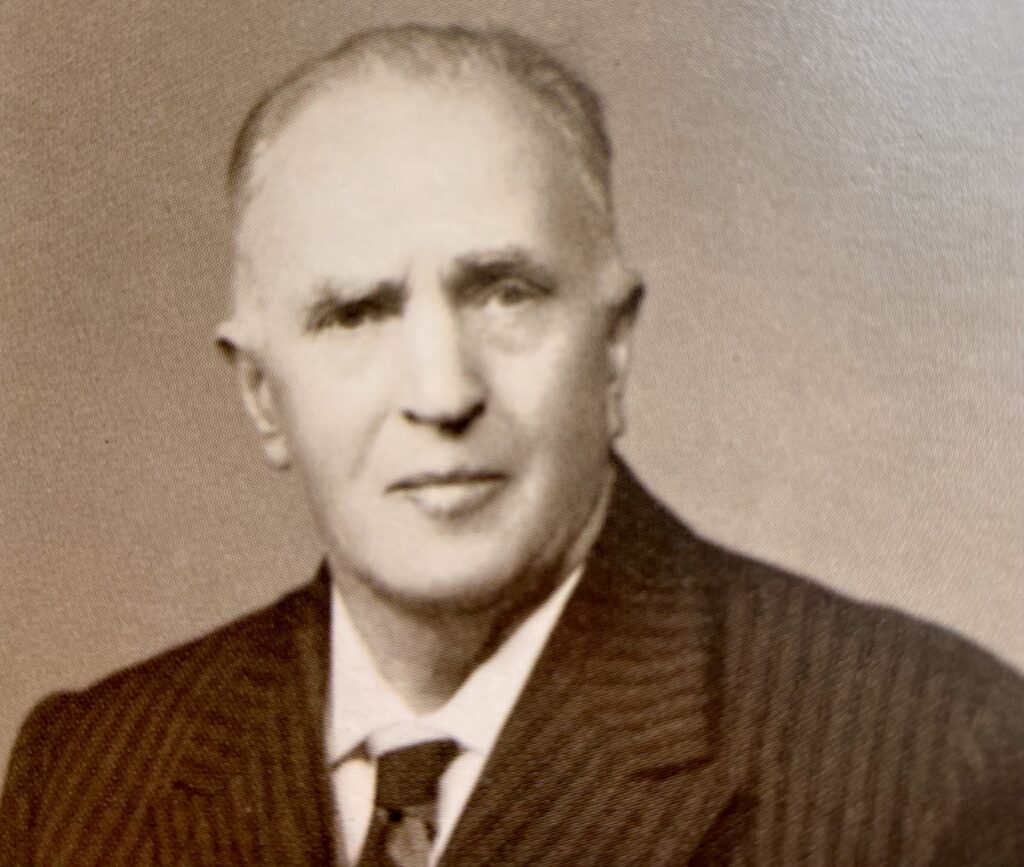 The arrival in Friuli

After the end of World War I, Giovanni Felluga, third-generation, moved from Isola, at the time part of Italy, to Grado together with his mother Elisa and his children. In Grado, he was able to develop the wine trade further. 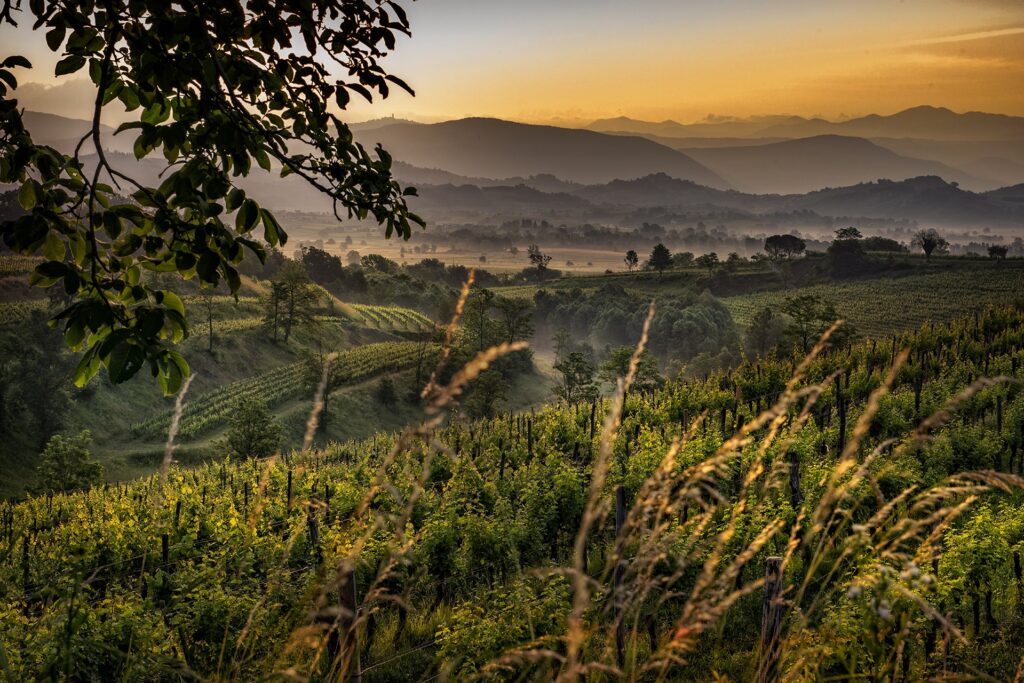 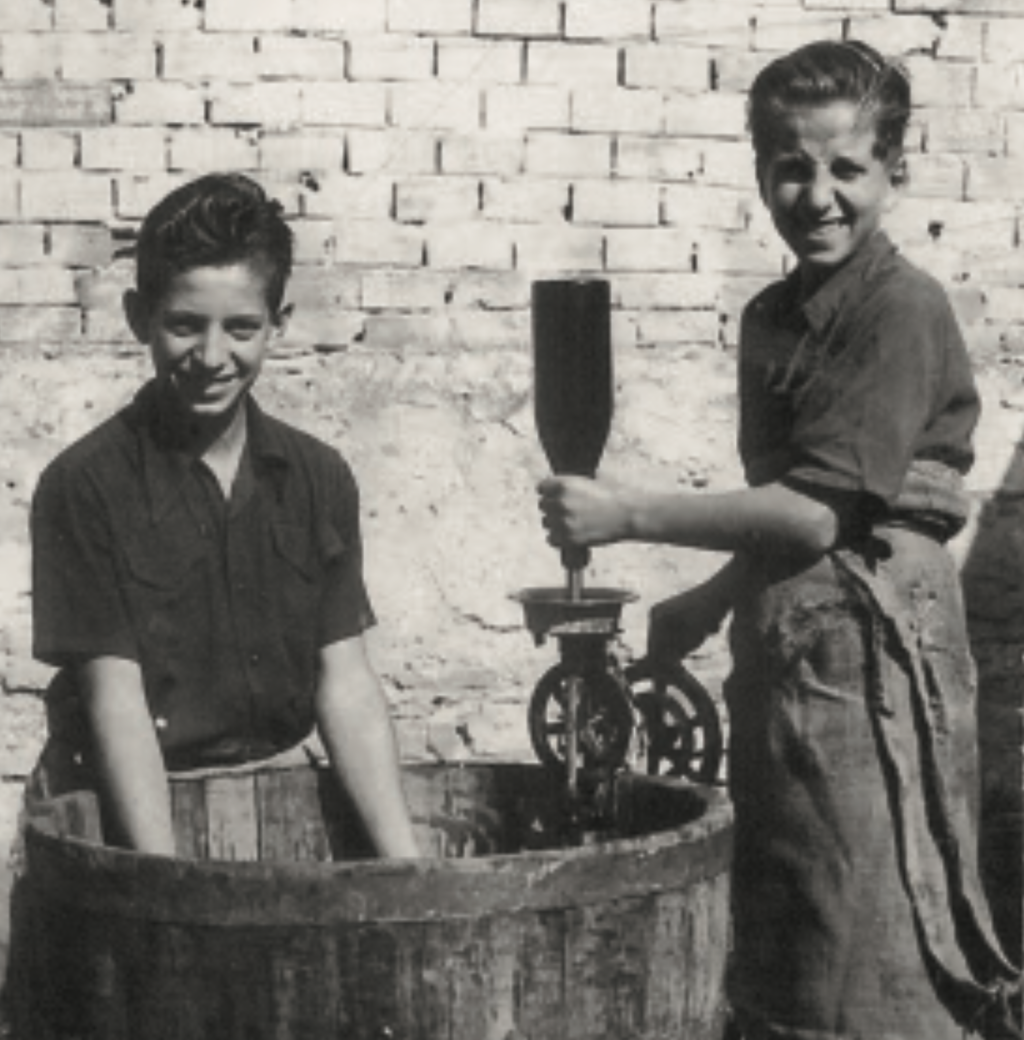 The discovery of the Collio

Giovanni Felluga, sensing the potential of the land near Gorizia (not yet the Collio), decided to move once again with his family to Gradisca d’Isonzo, in 1938.

Here Giovanni opened a production winery. The family’s adventure continued on these rolling hills. After World War II, all possessions in Istria were lost. 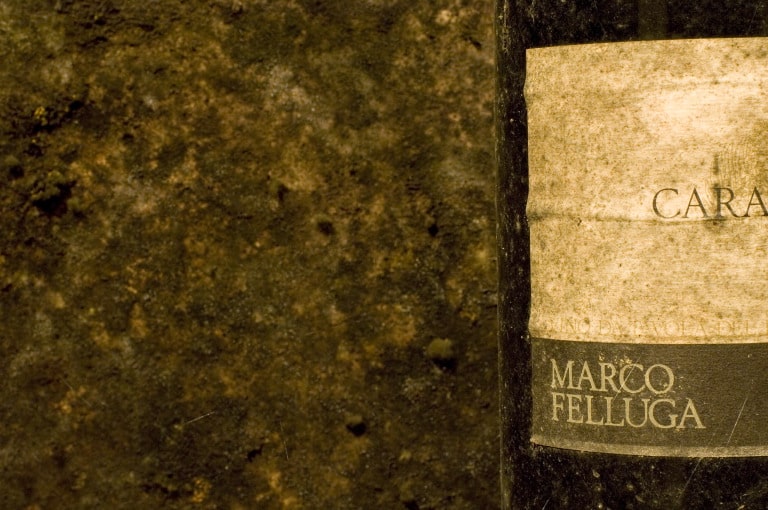 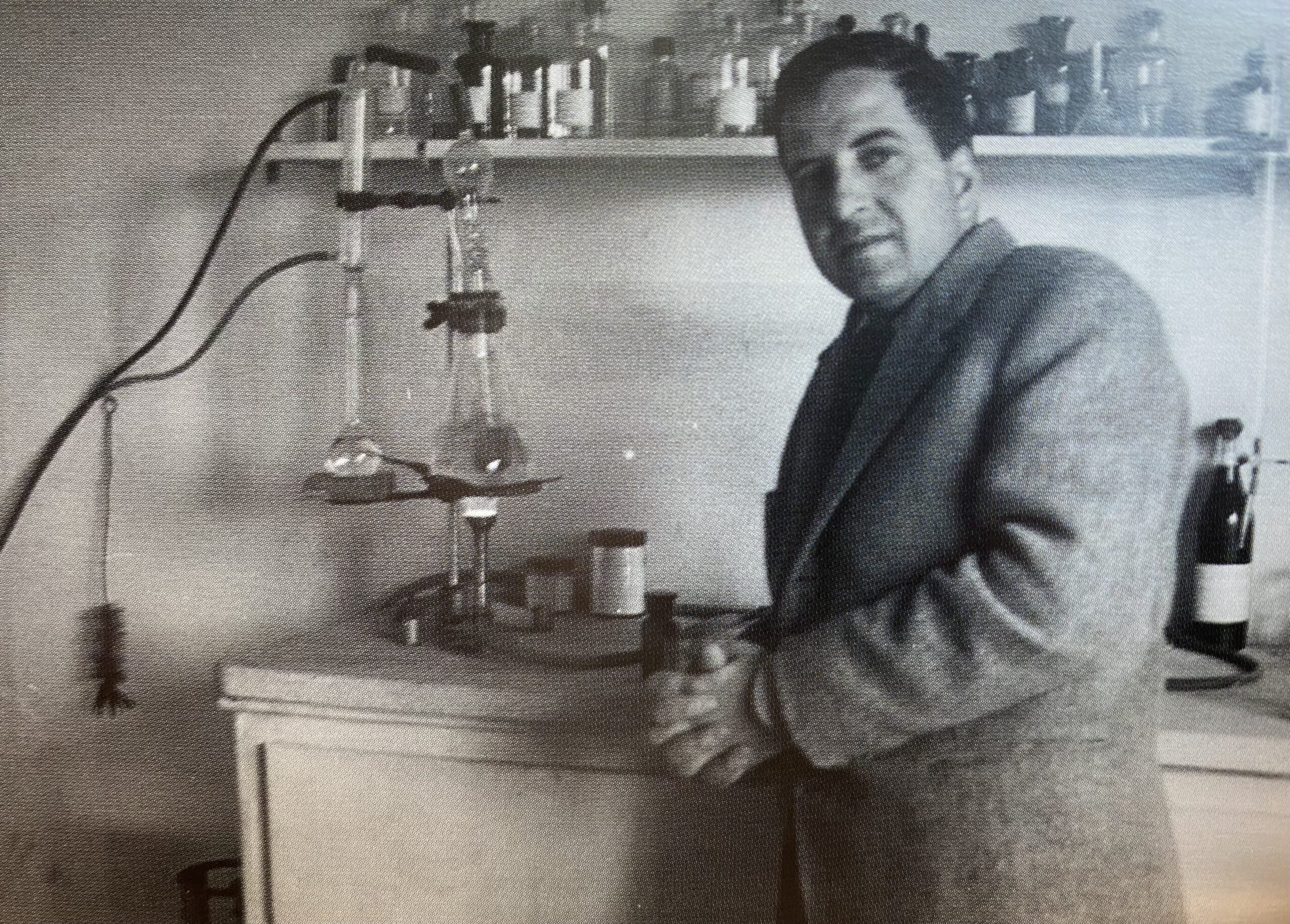 The establishment of the Marco Felluga winery

After taking over the family business, Marco Felluga, the penultimate of Giovanni’s seven children, founded the company with his name in 1956. Being able to combine tradition and innovation, his company became a reference point for the whole Collio area. 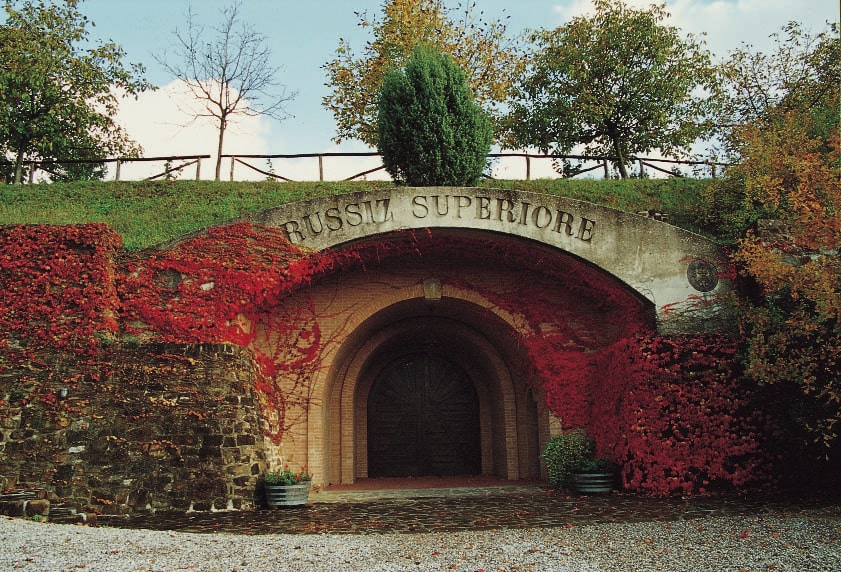 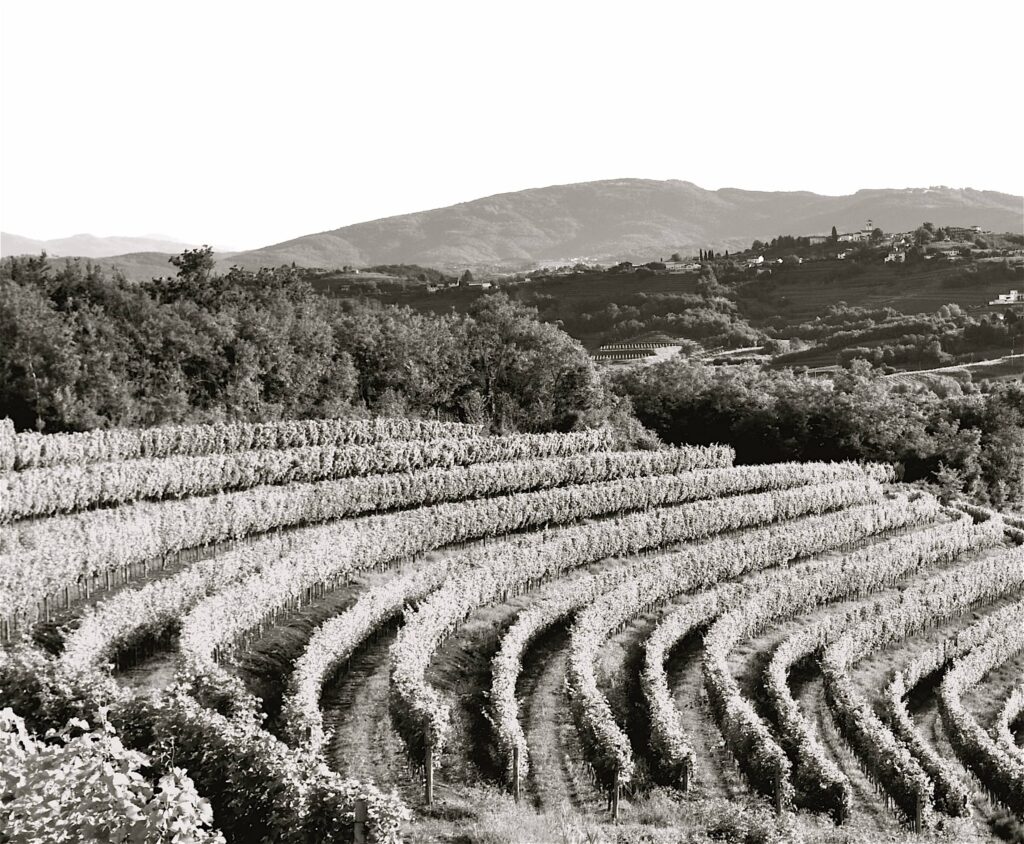 Marco Felluga fell in love with an estate with a history of more than 700 years. In 1967, he founded the winery of Russiz Superiore here, one of the most beautiful and ancient Crus of the Collio, located in Capriva del Friuli. 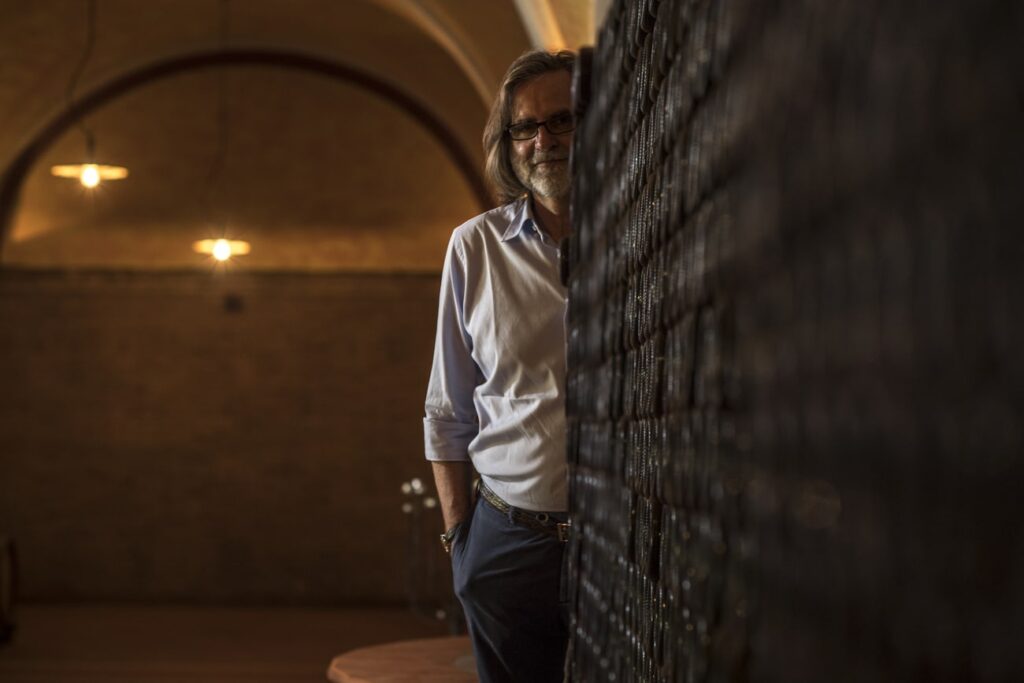 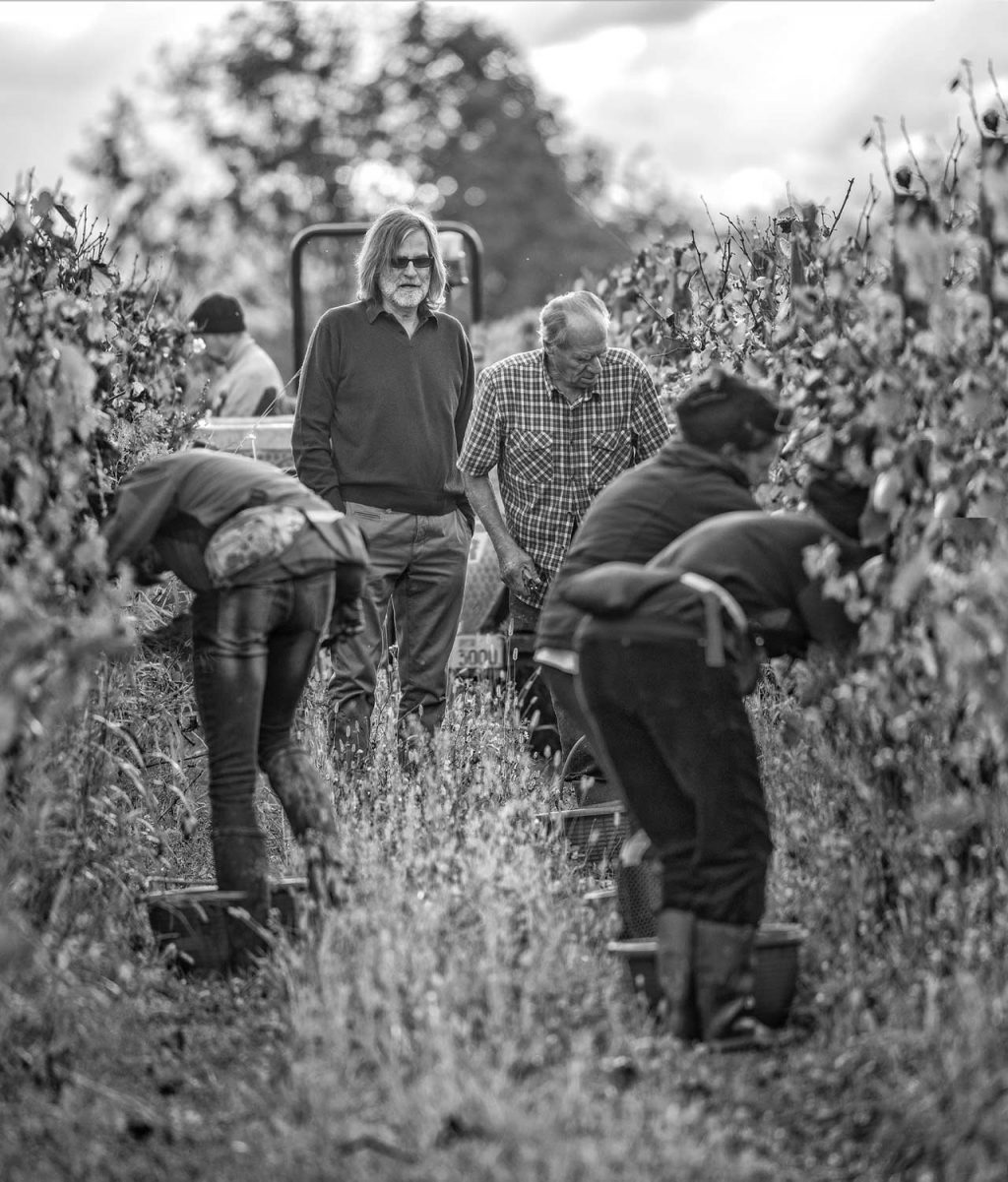 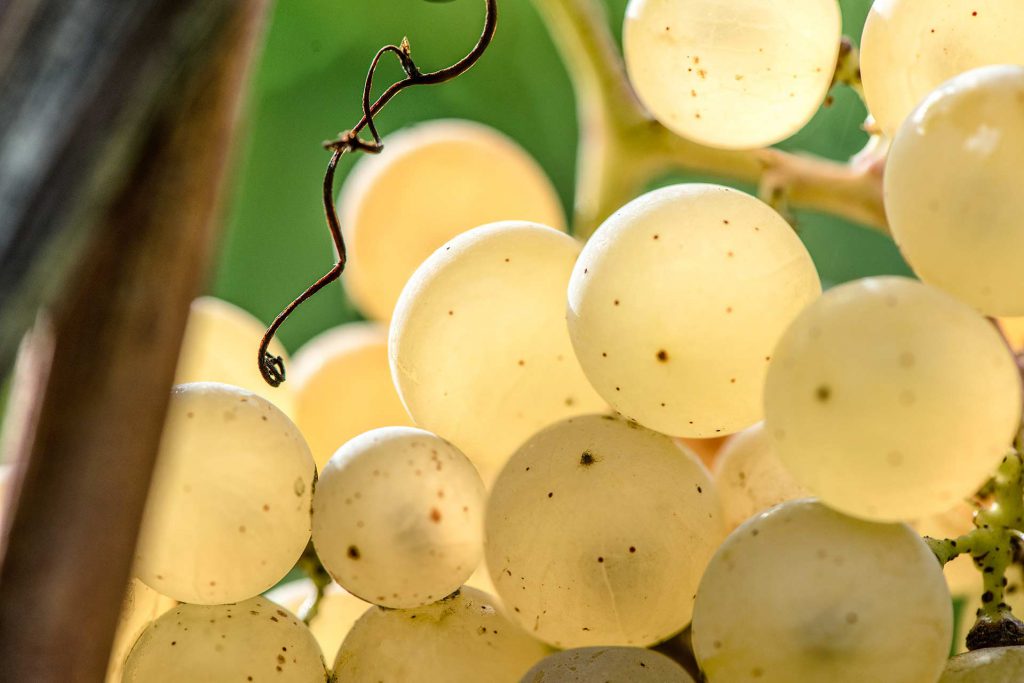 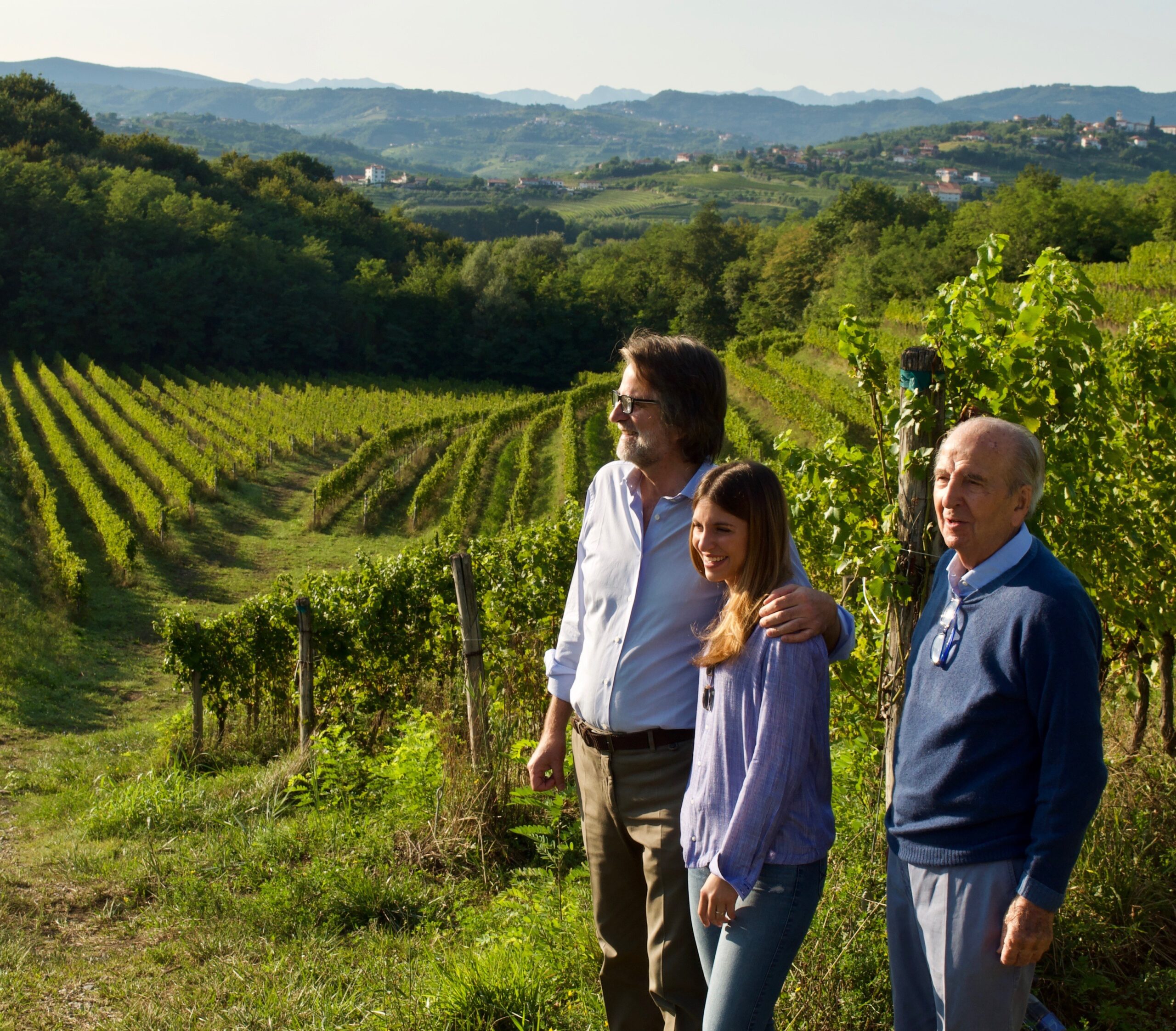 The fiftieth anniversary of Marco Felluga

Marco Felluga celebrated the fiftieth anniversary of establishing his company, today headed by his granddaughter Ilaria. 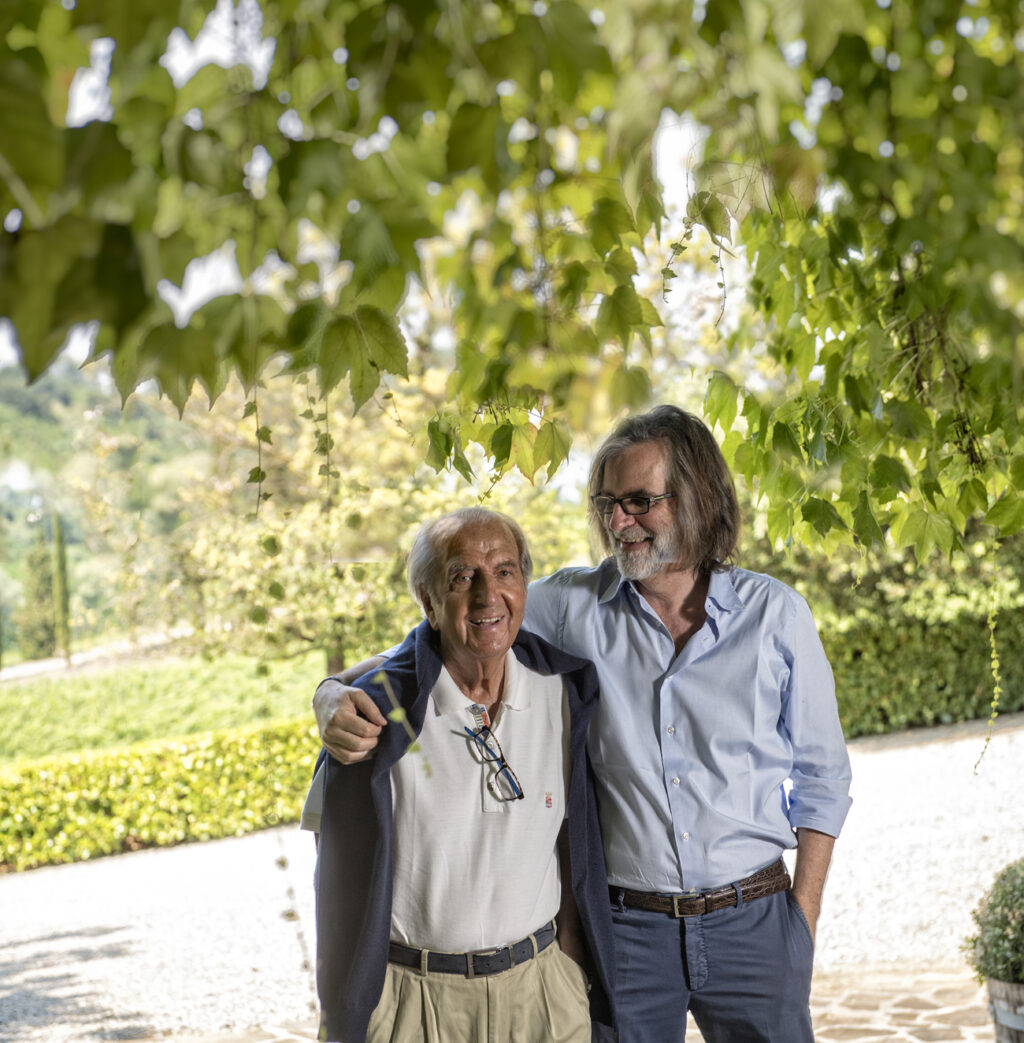 To date, Marco and Roberto have directed 60 harvests, which have marked the rhythm of their work and their life. 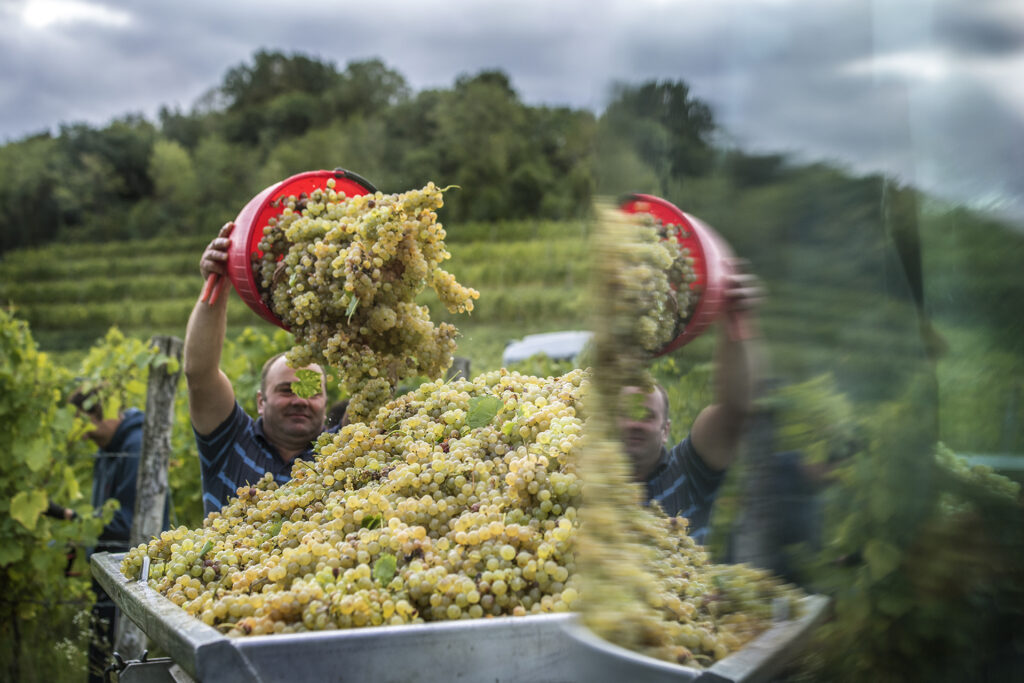 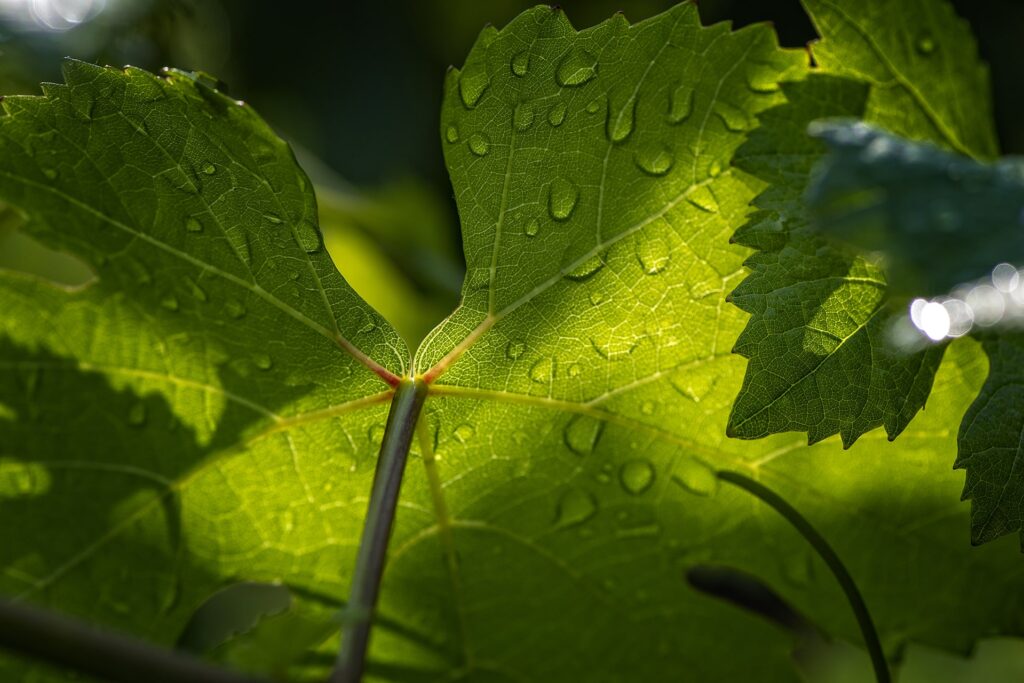 Certified by VIVA, we have always employed eco-friendly practices of sustainable agriculture.

Integrated pest control, ozone and natural fertilizers help us take care of our vineyards and the Collio’s ecosystem.

Every choice we make is focused on preserving the natural environment, with the ultimate goal of achieving a circular economy. 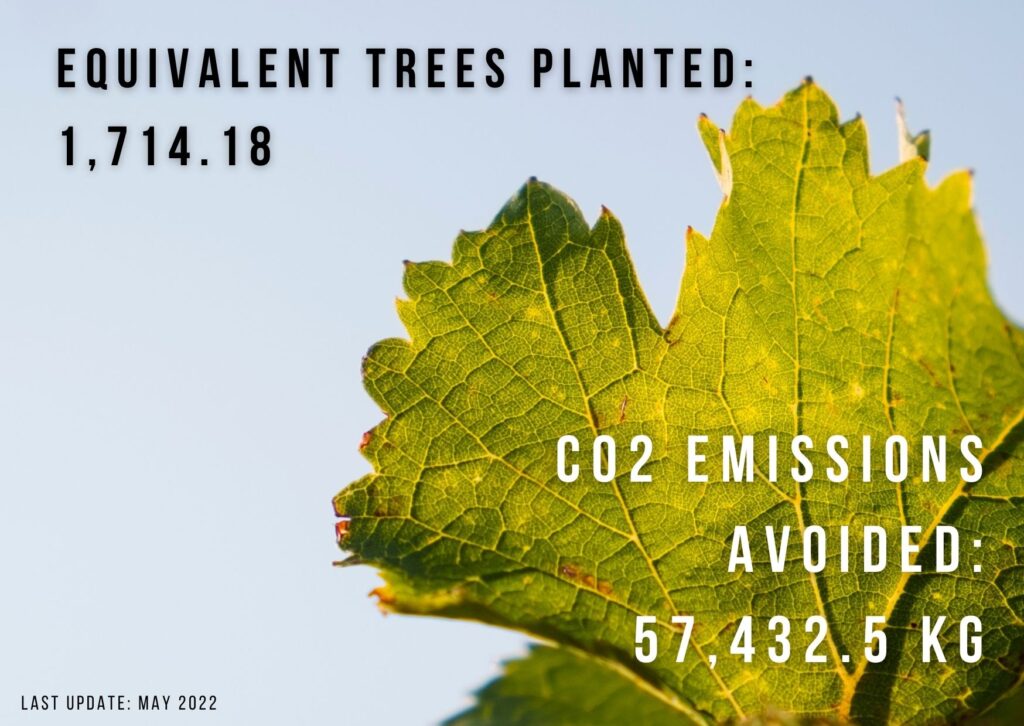 The photovoltaic system installed at Russiz Superiore in February 2021 has made the winery energy self-sufficient.

find out what we're doing

Roberto Felluga, fifth-generation winemaker, has always based his work and approach on sustainability; adopting innovative processes, supported by national and international research, aimed at the production of high-quality wines with reduced environmental impact; respect for the land, its history and traditions.

The Bigot Index is a scientific evaluation method that measures the vineyard's qualitative potential. It takes into consideration nine viticultural parameters that have a direct influence on the quality of the wine.

In 2022, the vineyards Tocai Friulano Centralina and Cabernet Franc Pietra of Russiz Superiore have been awarded with 90/100 points, thus classifying among the 38 best vineyards of Italy. 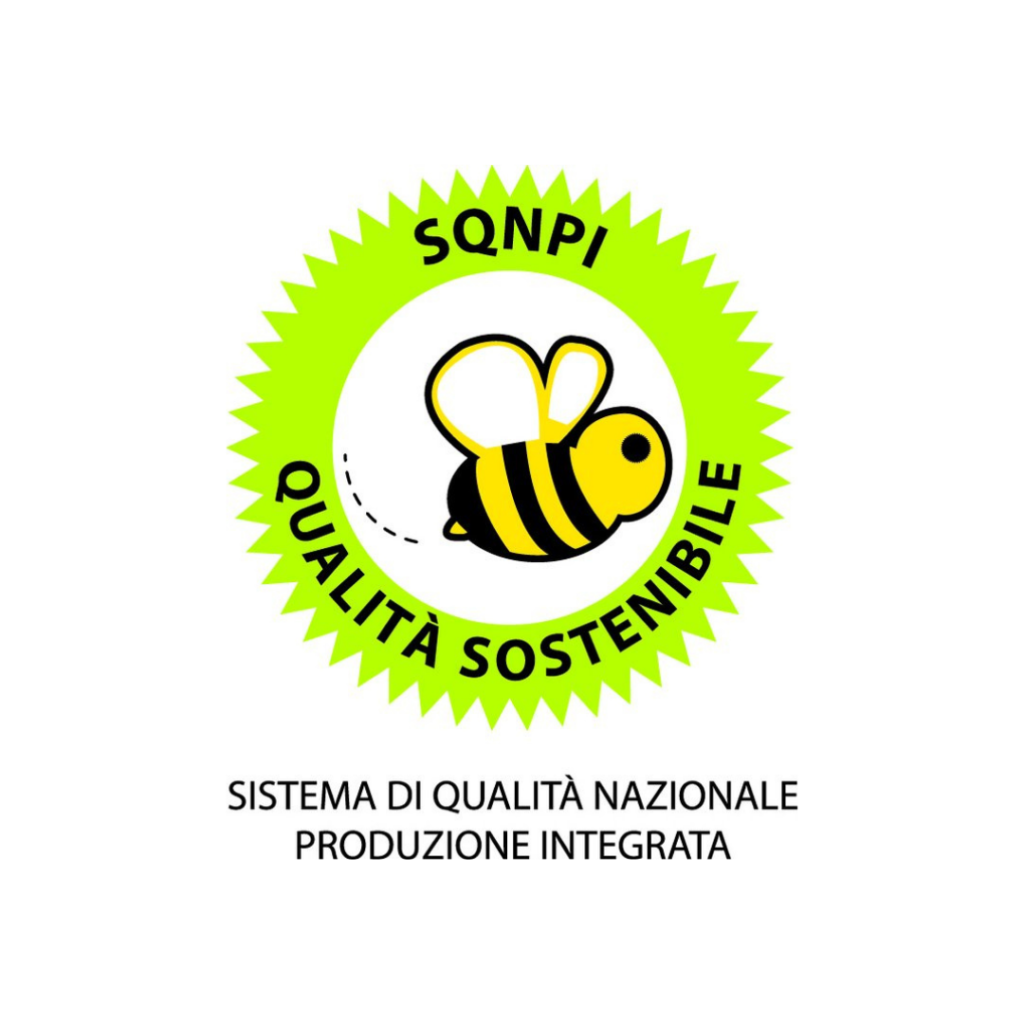 The SQNPI certification for integrated production

In 2021 the Collio Consortium obtained the SQNPI (National Integrated Production Quality System) certification for a group of 13 member companies, including Marco Felluga & Russiz Superiore. The system certifies the productions obtained in compliance with the integrated production standard, guaranteeing compliance with ecological, economic and toxicological principles, and enhancing the quality standard of the final product.

Integrated production is an agricultural production system aimed at minimizing the use of chemicals, water and energy. 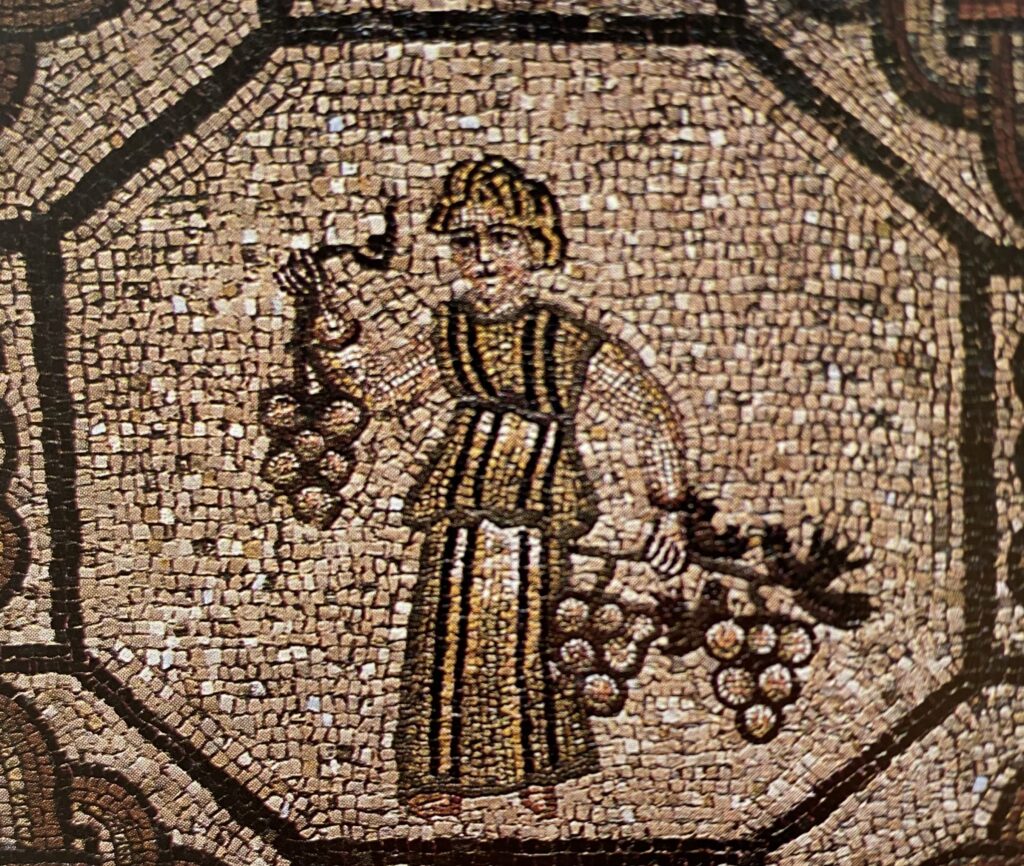 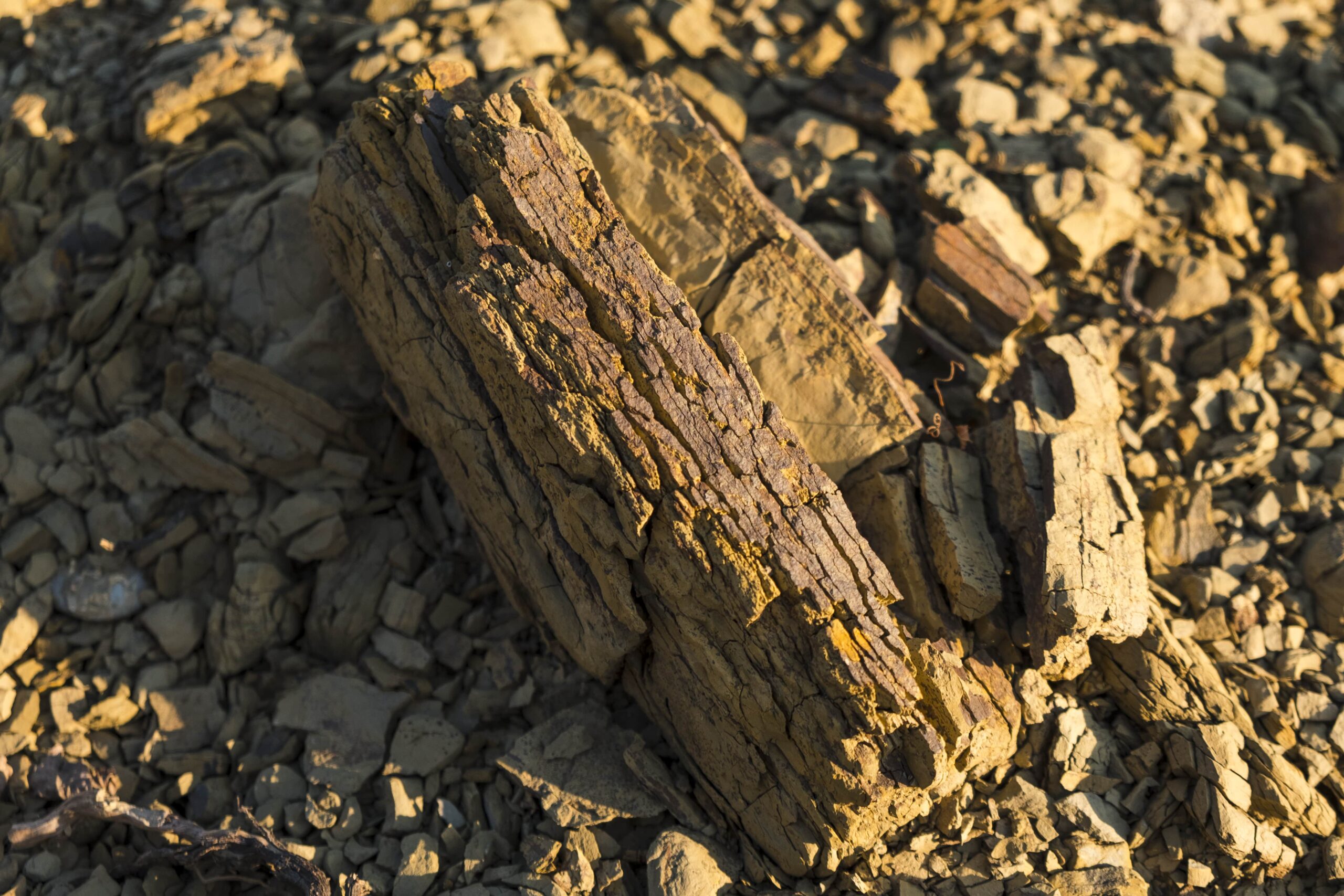 The Collio is a special territory, right between the Julian Prealps and the Adriatic Sea. Thanks to its peculiar climate and unrepeatable soil - “Ponca” (in the Friulian dialect), or “Flysh” (in Italian) - featuring the stratification of marl and sandstone, it is ideal to grow numerous vine varieties, both native and international.

This type of soil originated during the Eocene period, more than 65 million years ago, when Russiz Superiore was the site of a coral reef, evidence of which can still be found.

The temperature is mild, thanks to the proximity to the sea (30 km) and the protection of the mountains, with warm days and cool nights in spring and mild and delicate summers.

In the 1960s this area went through the so-called Renaissance phase. In 1964 the Collio Consortium was founded. Four years later, in 1968, the area was recognized as DOC by the Ministry of Agriculture: an incredibly important classification, and also the third denomination in Italy.

“Taking care of what surrounds us is essential to ensure a future for us and the generations to come."

"Loving your job means having fun and I, in my life, have had a lot of fun thanks to how much I've worked."

“The cellar was my game room; we played hide and seek among the barrels.”