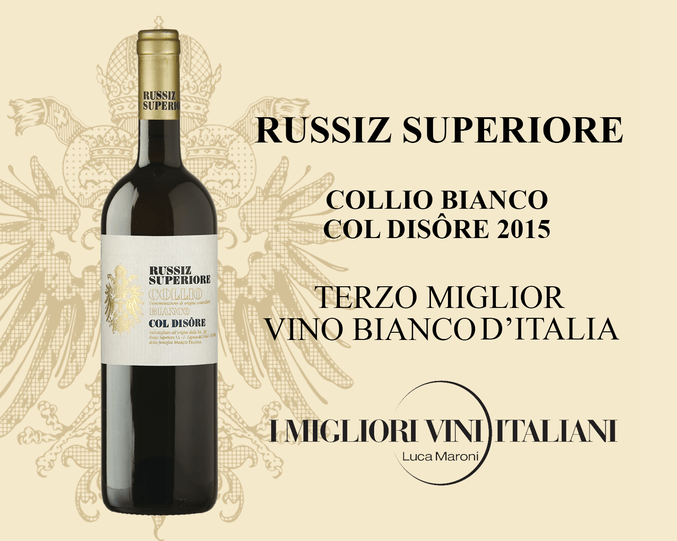 96 points and all the satisfaction of Roberto Felluga: the Russiz Superiore Collio Bianco Col Disôre 2015 is the third best white wine in Italy.

Luca Maroni places it in the twenty-fourth edition Annuario of the Best Italian Wines of 2018.

One of the most prestigious cru of Collio, with high scores also from international magazines such as Wine Spectator, Robert Parker and James Suckling, has been awarded also the “4 VITI” by the Vitae Guide 2018 and recently was one of the protagonists of the “Simply the Best” event – the Top of the 2018 Wine Guides of Civiltà del Bere, in which only the 50 most awarded Italian wines took part.

Already in 2001 it was considered the best Italian white wine by the authoritative English magazine The World of Fine Wine, consolidating its presence in the group of the “twelve immortal white wines” alongside the biggest names in Italian oenology.

A complex and balanced blend of Pinot Bianco, Friulano, Sauvignon and Ribolla Gialla that carries all the aromatic, mineral and sapidity sensations which make it representative of a territory unique and unrepeatable, like Collio. 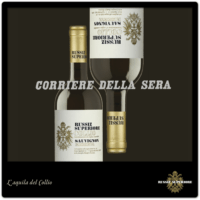