2018, an extraordinary year for Russiz Superiore: according to Wine Enthusiast, the Russiz Superiore Collio Fiulano 2016 is one of the 100 best wines in the world, the only production that represents the Friuli Venezia Giulia region in the ranking.

The editors of the prestigious magazine, one of the most authoritative in the sector, reviewed more than 24,000 wines from around the globe, including this Collio one of the world’s Top of the year.

A great satisfaction for Roberto Felluga and for this vintage, already awarded “Tre Bicchieri” Gambero Rosso.

“An incredible result that celebrates not only the Russiz Superiore Collio Friulano, but the philosophy and the entire production and research system that has developed in recent years”, says Roberto Felluga. “This is a recognition that I want to share first of all with my father, who in the past has been able to identify important mass selection of Tocai Friulano, and then with the rest of my family and with all my collaborators”.

Extreme quality, responsibility and protection for the territory – Russiz Superiore and Marco Felluga are the group leader in the region of the “Viva Viticoltura Sostenibile FVG” project promoted by the Minister of Environment – development of the specific characteristics of the vines and respect for a family tradition of five generations.

Distinctive hallmarks of Roberto Felluga’s production style which, after the review of Collio Sauvignon 2012, returns to the ranking of the best wines in the world. 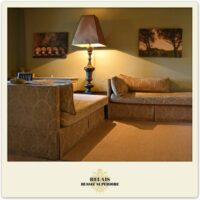